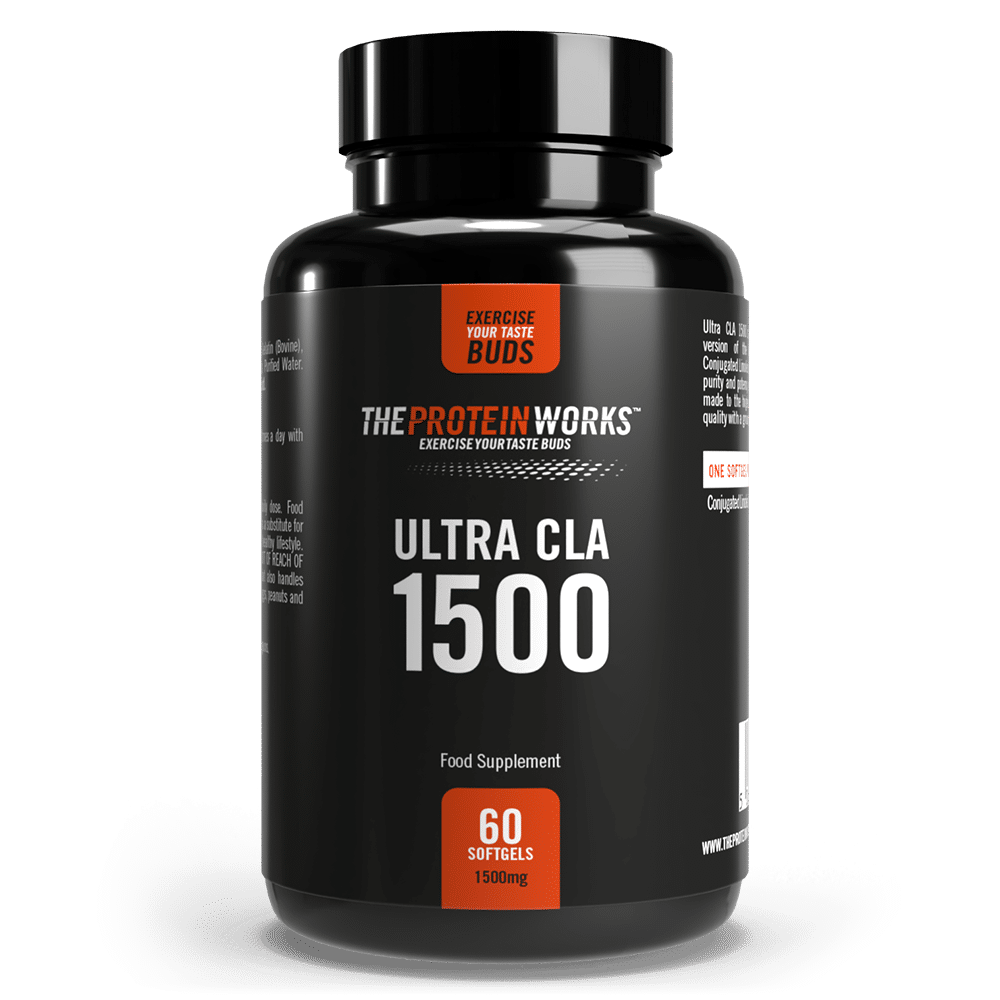 CLA Supplement, Ultra CLA CLA Supplement, Ultra CLA is a premium, super strength version of the hugely popular fat loss supplement known as Conjugated Linoleic Acid. Unrivalled in terms of its purity and potency, each Ultra CLA 1500 softgel is made to the highest specification and contains a ground-breaking 1500mg of CLA. CLA Supplement, Ultra CLA contains only premium grade Conjugated Linoleic Acid which is a special kind of fatty acid that's proved effective in helping to minimise calorie and saturated fat intake. It has been used in health and sports nutrition for years by those looking to change their body composition.   CLA Supplement, Ultra CLA & Fat Loss CLA Supplement, Ultra CLA itself is one of sports nutrition’s most popular single ingredient fat loss supplements. This is because of Conjugated Linoleic Acid’s unique ability to help prevent fat storage and accelerate fat loss at the same time. Scientists believe Conjugated Linoleic Acid is able to do this by positively interfering with a substance in your body called lipoprotein lipase. Aside from numerous other roles, lipoprotein lipase plays an important role in the storing of body fat so by supplementing with CLA you effectively improve your body’s ability to help reduce body fat.   CLA Supplement, Ultra CLA & Lean Muscle A second reason CLA Supplement, Ultra CLA is so widely used is because unlike other fat loss supplements on the market, CLA has been shown to aid fat loss and improve lean muscle mass and tone at the same time. This is why many sports nutritionists will state that CLA doesn’t actually help you lose weight but rather helps favourably change your body composition. It’s important to make the distinction between the two since CLA helps lowers your body fat and increases lean muscle, therefore your weight may actually stay the same but your body composition improves.   CLA Supplement, Ultra CLA Recommended Daily Allowance Conjugated Linoleic Acid actually occurs naturally in small doses in foods such as beef and cheese. However it is very small amounts so you’d have to consume a lot of beef and cheese to get the effective dose of 3000mg - 7000mg of CLA per day as recommended by nutritionists. This of course would then be counterproductive which is why nutritionists advise taking CLA in supplement form. Specifically, Ultra CLA 1500 contains 1500mg of premium grade CLA per capsule which makes getting it into your far easier and more effective.   CLA Supplement, Ultra CLA & Cellulite Another reason why CLA Supplement, Ultra CLA supplementation has increased in recent years is following promising research conducted in Beverly Hills, California where scientists found CLA could help reduce the appearance of cellulite. Cellulite affects 85% of women and is a term used to describe the dimpled appearance of skin caused by fat deposits that are just below the surface of the skin. Whilst scientists don’t know exactly what causes it, it’s believed to be related to a body’s inability to get rid of toxins, fat and fluid which becomes trapped under the skin and causes fibrous tissue to become hard which is responsible for producing the dreaded dimpling effect. Research published in the ‘Advances in Therapy Journal’ took 60 females and supplemented their diet with CLA for 60 days. Results showed ‘in as many as 75% of the women, the appearance of the skin improved significantly, and thigh circumference was reduced by an average of 0.88 inch.’ These results were also supported by a study published in the International Journal of Cosmetic Science which stated ‘CLA was proven to ameliorate the signs of cellulite and improve the appearance of skin.’ Experts believe it could be down to CLA’s powerful anti-carcinogenic and antioxidant properties that work together to rid the body of toxins. Essentially, it’s thought the CLA prevents the accumulation of toxins, fat and fluid under the skin which causes the fibrous tissue to become hard and ‘dimpled.